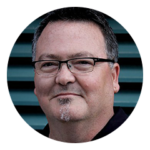 Art Coulson is a writer, editor and storyteller who served as the first executive director of the Wilma Mankiller Foundation in the Cherokee Nation of Oklahoma, after a 25-year career in journalism. The foundation, which carries on Wilma’s legacy of social justice and community development in Indian Country, was named for the first woman elected chief of an American Indian tribe.

A Navy brat, Art grew up around the world, attending 14 different schools on three continents before graduating high school. He moved to Minnesota in 2000 to become a senior editor at the Pioneer Press, where he also served as editorial page editor before the paper’s sale in 2006. Art has written for dozens of publications, including the New York Times, Miami Herald, the Star Tribune, The Circle, The Cherokee Phoenix and Native Peoples magazine.

Art’s first children’s book, The Creator’s Game (Minnesota Historical Society Press, 2013), told of the deep spiritual and cultural connections of American Indian people to the sport of lacrosse. His most recent book, Unstoppable: How Jim Thorpe and the Carlisle Indian School Football Team Beat Army, was published by Capstone in August 2018. His next book, The Reluctant Storyteller, will be published by Benchmark Education later this year.

Art’s short stories will appear in upcoming anthologies by Benchmark and HarperCollins. Art still plays traditional Cherokee stickball, an original version of lacrosse, when he is visiting friends and relatives in the Cherokee Nation of Oklahoma several times a year. Find our more about Art’s upcoming readings and works in progress at artcoulson.com.