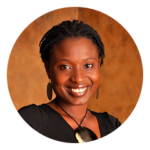 My current musings explore the meaning of “hosting”, like what it means to host, to be hosted, to
be offered a home, but also to refuse homes altogether; the kind Haitian-Canadian writer Dany
Laferriere calls upon when he titles his book “Je suis un écrivain japonais” (I am a Japanese
writer).

I like to bike, but have not yet gone on a bike ride the entire year, but I listen to the Bohemian
Rhapsody soundtrack every day; the year before that it was Tracy Chapman; and the years in
between, it was Johnny Halliday, while homing in on Nan Dòmi, written by Mimerose Beaubrun.
I write to exist, to fight for the imagination. My essay “You May Have the Suitcase Now”–
WINNER of the 2019 CDS Documentary Essay Prize in Writing- is one of the places where I
give in to my imaginings, to my dreams, my memories, my wrists to run unbridled. And there is
Annie, and there is Max raising me as much as I am raising them and teaching me not to forget
to live. So, when I sing with Johnny Halliday “J’ai oublié de vivre” I do not mean it; well, not
entirely. I love salty dark chocolate.

I have published three novels, La Négresse de Saint-Domingue, L’enfant qui Voulait Devenir
Président, and Testaman. I also coedited with Nataša Ďurovičová, How to Write an Earthquake:
Comment écrire et quoi écrire / Mou pou 12 Janvye, the first anthology regarding the 2010
Haitian earthquake to be published in English, French, and Creole and written entirely by Haitian
poets, writers, and artists. I have received a Beyond the Pure Fellowship for Writers, a
Humphrey Fellowship, and an International Writing Program Fellowship. My debut novel,
Testaman, won First Prize in the 2002 Best Creole-Language Novel Contest sponsored by the
newspaper Bon Nouvel in Port-Au-Prince. My next book, a collection of essays, is scheduled for
publication in the fall of 2020 by the New Rivers Press.

Annie, Max, and I are currently reading Do Tòti, by Marie Lily Cerat.