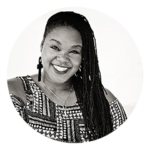 Along with politics, television production became her passion and excelled in media writing, audio engineering, camera work and digital editing. Before her college career, she was involved in the Emmy Award-winning show with TPT, entitled “Don’t Believe the Hype.” With that show, she soon became an intern under the North Star documentary, produced by Daniel Bergin, about Black Pioneers in Minnesota. Currently, Rhodes is the Production & Venue Coordinator for the Saint Paul Neighborhood Network.

In her spare time, she works with Youth who are interested in creating documentaries and music videos. Rhodes motivation, confidence, and expertise has led her to new heights and believes that her creativity will motivate others to change the world!