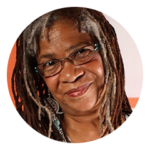 I am an African American writer, arts activist, and literary arts educator. I hold a strong belief in the healing power of the arts and for nearly four decades, have worked to nurture writers and readers as founder/director of Whittier Writers Workshop (1981-1989), Program Director at The Loft Literary Center (1989-1993), and founder & artistic/executive director of SASE: The Write Place (1993-2006).

I write primarily memoir and essay. My personal essays have been published widely, most recently in Blues Vision: African American Writing from Minnesota, and A Good Time for the Truth: Race in Minnesota (both MN Historical Society Press). I am the co-author with Arleta Little of Dr. Josie R. Johnson’s memoir, Hope In the Struggle (University of Minnesota Press). My own essay collection will be published in spring 2020 by University of Minnesota Press.

I was the 2010 recipient of the MN Book Awards Kay Sexton Award, a 2015 Minnesota State Arts board Artist Initiative Grant recipient, and was an AARP/Pollen Midwest 50 over 50 honoree in 2016. I teach creative writing at a variety of community locations, and at Hamline University where I was the 2014 recipient of the Exemplary Teacher Award.