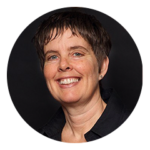 Christine Stark is an award-winning writer, visual artist, national and international speaker of European, Anishinaabe & Cherokee ancestry. Her first novel, Nickels: A Tale of Dissociation, was a Lambda Literary Finalist. Her essays, poems, academic writing, and creative non-fiction have appeared in numerous publications, including Palgrave International Reference Work on Trafficking; University of Pennsylvania Law Review; Dignity Journal; The WIP; Florida Review; The Chalk Circle: Intercultural Prize Winning Essays; When We Became Weavers: Queer Female Poets on the Midwest Experience; Hawk and Handsaw: The Journal of Creative Sustainability; and many others.

Her poem, “Momma’s Song”, was recorded by Fred Ho and the Afro Asian Music Ensemble as a double manga CD. She is also a co-editor of Not for Sale: Feminists Resisting Prostitution and Pornography and a co-author of “Garden of Truth: The Prostitution and Trafficking of Native Women in Minnesota”. A two-time nominee for a Pushcart Prize, in 2012 she was named a “Changemaker” by the Women’s Press. Currently, she is completing her second novel, Carnival Lights and researching a book on the Minnesota Lynx WNBA basketball team.

She has taught writing and humanity courses at a universities and community colleges for 16 years and worked as a Two-Spirit program director at Minnesota Indian Women’s Resource Center. Currently, she is completing an MSW at the University of Minnesota at Duluth. For more information: www.christinestark.com