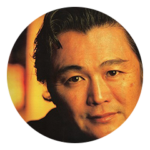 A Sansei or third generation Japanese American, Mura has written two memoirs: Turning Japanese: Memoirs of a Sansei which won an Oakland PEN Josephine Miles Book Award and was a New York Times Notable Book, and Where the Body Meets Memory: An Odyssey of Race, Sexuality and Identity. Mura’s novel Famous Suicides of the Japanese Empire was a finalist for the Minnesota Book Award, the John Gardner Fiction Prize and Virginia Commonwealth University Cabell First Novelist Award.

Mura’s poetry collections are The Last Incantations, Angels for the Burning, The Colors of Desire which won the Carl Sandburg Literary Award from the Chicago Public Library, and After We Lost Our Way, a National Poetry Series Contest winner.  His other books are A Male Grief: Notes on Pornography & Addiction and a book of critical essays, Song for Uncle Tom, Tonto & Mr. Moto: Poetry & Identity, published in the U. of Michigan Press Poets on Poetry series.

Mura teaches at VONA and the Loft and lives in Minneapolis. He also works with the Innocent Classroom, a program that trains K-12 teachers to improve their relationships with students of color.